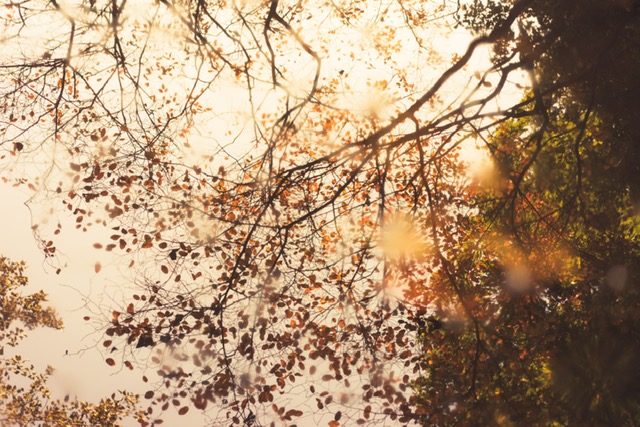 Those beginnings and endings are made visible in our own lives as well. We celebrate the birth of babies and puppies, and we mourn the death of loved ones. We enter into and leave relationships and jobs. We put the Christmas tree up and then we take it down. As the great poet, Deathcab for Cutie, once sang:

And as depressing (and emo) as that may seem, it really shouldn’t be. Endings are as natural as breathing. They’re woven into our world, everywhere we look. The thing we forget about endings, though, is they’re never the actual end. Everything is a cycle, and when something ends, something new unavoidably begins. Beginnings always lead to endings and endings always lead to beginnings.

But somewhere along the way, we began to view endings as the enemy. We see them as something scary and final. Something to circumvent. Each ending represents death in some way, and we are all creatures who excel at distracting ourselves from our own mortality.

Endings are painful, or at the very least uncomfortable. When the sun is setting on something in our lives, it casts a surreal glow on the things we’re leaving behind, making them seem like they’re not so bad after all. In leaving behind the things that no longer serve us, we inevitably leave behind some good things as well. There is always a sacrifice of some sort. Sometimes we let the false promises of more of those good things lure us into staying for just a bit longer.

This inevitably leads to more pain. What should have been a graduation is now a divorce. There is a time for things to end. We know when that is. We know it down in our bones. It’s unexplainable, but it is very real. Think back on an ending in your life. Not a literal death, but a time that you left a job or a relationship or a worldview. You knew when it was time to leave, didn’t you? It might have taken a long time to admit to yourself, but you knew. Our spirits know when it’s time to leave. And if we don’t allow that ending to happen as naturally as possible – and, like I said before, endings are natural, even though they’re painful – we invite more pain into the situation. Resentment, bitterness, guilt, apathy, even hatred creep in. A natural death becomes a violent one.

And dear one, make no mistake, it will hurt. Even if the ending is at the exact right time. We are sentimental creatures who are resistant to change, and we have these pesky little things called brains that bring the good memories to the forefront and offer unhelpful questions like “are you sure?” and “what will people think?” and “what if you’re making the wrong decision?”

Keep in mind that this is just your brain trying to protect you, which is very kind, but is not very helpful at this point in time. You know you’re sure. You know it’s time. Don’t let your brain distract you. Tell your brain, “Brain, thank you for bringing up these points. I hear you and I see your concern, but even you know that it’s time. Think logically, Brain. It’s kind of your job. Also, maybe talk to Spirit and Heart while you’re at it. They might be able to offer some insight.”

I wish I could tell you differently, but you will grieve even the timeliest of endings. It is okay and natural and necessary to mourn endings, no matter how unhealthy the job or person or institution or whatever is that you’re leaving. It’s okay to both grieve your decision and know you made the right decision. Feel those feelings. Sit with those feelings. Don’t try to deny or suppress them. The only way out is through.

Rebirth always follows death. Things have to die, have to end, for new things to come. The Resurrection Story is written into the fiber of this world and into the fiber of our being. It takes courage to be the catalyst of an ending, but it’s a necessary courage. The kind of courage that changes your life. The kind of courage that changes the world. Let it end. And open your arms wide to the birth of something new. There is freedom there.

You have reacted on "Endings" A few seconds ago