I tend to avoid confrontation at all costs. I’m a great mediator and can easily see both sides to most stories. (Also I’m a chronic people-pleaser and the thought of someone not liking me actually makes me nauseous. I’m sure I’ll explore that more in a different blog post and also in therapy.) However, the issues that I get the most fired up over are considered social justice issues – issues of someone else being treated unfairly or not getting the things that they need (and are worthy of) physically, mentally, emotionally, socially, spiritually, whatever, because of this idea that “they are not my responsibility.” Does this make me a bleeding heart liberal? I don’t know, I guess so. I don’t mind having a bleeding heart. If it’s considered a fault for having a heart for the underdog, I don’t mind being at fault. But this is far beyond politics for me. This is humanity. So I please ask you to try to read this with an open heart and not from a political standpoint.

It all boils down to being responsible for one another. The idea that we are our brothers’ and sisters’ keepers. We’re not just looking out for #1.

What got me thinking about this concept was the recent issue with FEMA not being able to help all of the people in the Panhandle who are homeless and jobless because of Hurricane Michael. They are living in tents and don’t have proper food or water or shelter – the basic necessities that we all need – and some are saying that they should have prepared better for this natural disaster. “A lack of preparedness” they are calling it. And to me that is saying “I don’t want to deal with that. It’s their fault, it’s their responsibility. It’s because of something they did or did not do and because of who they are that they are in the situation that they are in. They should have prepared better.” Yikes. We should never look at someone who is at rock bottom and tell them that it’s their responsibility and their fault – that they should have prepared better to not be in the situation that they’re in. They are already holding on by a thread; heaping shame and condemnation on their heads is just putting the final nail in the coffin of hope.

On a larger scale, we tend to look at poverty like that also – like “all they have to do is work hard and get out of it” instead of looking at the trauma that a childhood raised in poverty brings. Or the education system that children in poverty are often subjected to. Or that it’s a systemic thing and an environmental pattern. It is so common for kids to not be able to get out of that when they grow up – that cycle of poverty. It’s so much easier for us to say “well it’s their fault, if they just worked harder then they can get out of that,” than to try to look at the big picture and to think about the things that we, who are privileged and employed and financially stable, can do to help. It’s so much easier to shrug it off. Not my responsibility.

I’ve had an experience with this where God redirected me by giving me a very loving, gentle punch in the face. I was on my way to Hobby Lobby because I am a 30 year old woman and that is where we congregate. I saw a homeless man on the sidewalk as I was riding through the parking lot. He had a white beard that was yellowed by age and dirt and tobacco and had an open wound on his leg. His clothes were tattered and he was sitting in a wheelchair. To top off the depressing image, it was raining. It hurt just looking at him.

God, bless him, I prayed.

No. YOU bless him, God replied.

I stopped and sheepishly gave him the cash in my wallet. I asked if he needed anything else. “No,” he replied, “This will be enough to get me a place to sleep.”

God, bless him. Not me. Don’t make me bless him. I’m too busy and really want to just browse in Hobby Lobby and be comforted by my own comfort. UGH.

Coming from a place of faith, there is no way that you can align those thoughts with the teachings of Jesus and the way that he lived his life. Thank God that Jesus didn’t say “well they committed the sins, so atoning for them is their responsibility. Maybe they should have prepared for life better. They should just work hard to save themselves and not expect me to give them grace and mercy over and over and over and over and over.” He doesn’t looked at human beings that way – ever – and I feel like we shouldn’t either.

So why do we often shrug off those in need? I really think, at the end of the day, it’s because of fear and discomfort. It is too much for our souls to take on – to worry about each and every person who is struggling right now. So we tend to say, “It’s not my responsibility,” because it keeps us from having to put our hearts down in the trenches with these people and it give us some blinders that we can put on to protect ourselves. Anytime that we are able to say “that would never happen to me,” we are able to ease the discomfort in our hearts that we feel when we see another human struggling. It’s easier to think this way and move on. Our brains are programmed to make sense of things. We’re always trying to find comfort and avoid pain. We’re constantly trying to find a reason that something happened. And we’re able to disconnect from the pain if we can put the responsibility on that other person. And I get it, I really do. I used to ease the discomfort that empathy brings by reasoning away the pain. Left unchecked, I still do at times. Nichole Nordeman words it perfectly in her song Dear Me:

Do you remember now the things I said I thought that I deserved
My flag, and safety, a place to learn
The things I know I didn’t earn
And bless their hearts, I’m sure it’s hard
But handouts don’t help anyone
And all the talk about the system
I sure hope someone can fix them

But that is not the heart of Jesus. The heart of Jesus is to connect with each and every person in such a way that he willingly takes on all of our wrongdoings and all of our sicknesses and all of our sins and our bad judgment and defense mechanisms and regrettable life choices and lack of preparedness and all that bullshit. He takes it on and doesn’t tell us “well you should have been more responsible. You should be able to pull yourself up by your boot straps and work harder to better yourself. You shouldn’t expect me to do it for you.”

As humans, we are our brothers’ and sisters’ keepers. If not us, who? This makes absolutely NO sense to people who are logical and rational and to people who are able to turn that heart-switch off to protect themselves. It doesn’t. It makes no sense. It’s not logical. It’s so much easier to place the responsibility on them and to disconnect. I get it. Sometimes we have to disconnect to save our sanity. Sometimes we have to strike a balance between opening our hearts and protecting our hearts. But we cannot shirk our responsibility as a human of helping other humans. We must look at the pictures of children separated from their parents and refugees desperately escaping the deadly conditions of their home and orphans begging for food and peace and human beings in tents made of tarp in the rain in Panama City and feel something other than fear or possessiveness or superiority. We must. We have to reject the mindset of feeling absolutely no responsibility to them as a human being. Not as a nation or a political entity, but as a human. We belong to each other, no matter what country we’re in or language we speak or political party we claim or religion we follow. Can you imagine the world we would live in if we all felt a sense of responsibility for all of humanity – not just our tribe, not just those we love – but everyone?

Nichole Nordeman finishes her song with a powerful charge to us all:

And you cannot imagine all the places you’ll see Jesus
But you’ll find Him everywhere you thought He wasn’t supposed to go
So, go… Go…
And hold all the mothers, whose babies bleed from bullet holes
And feel all the hunger, the bellies and the bones
Shout for the prisoner, cry for justice, loud and long
And march with the victims, as Jesus marches on
And sit at all the tables, ’cause Jesus eats with everyone
And dance to the music, if you can’t sing its native tongue
And cry for the wombs, the mothers and the empty arms
And hold high the warriors, fighting now for freedoms’ song 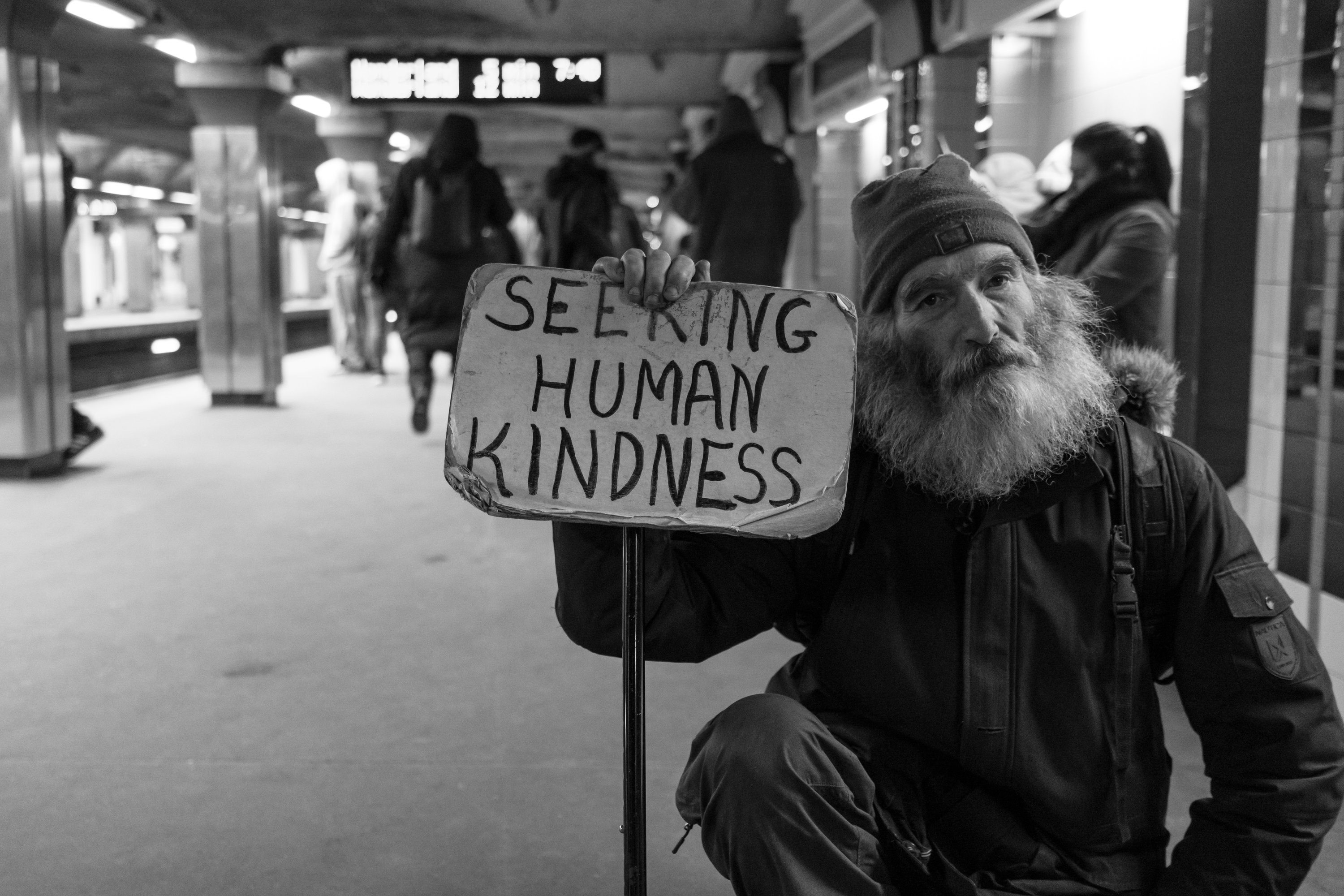