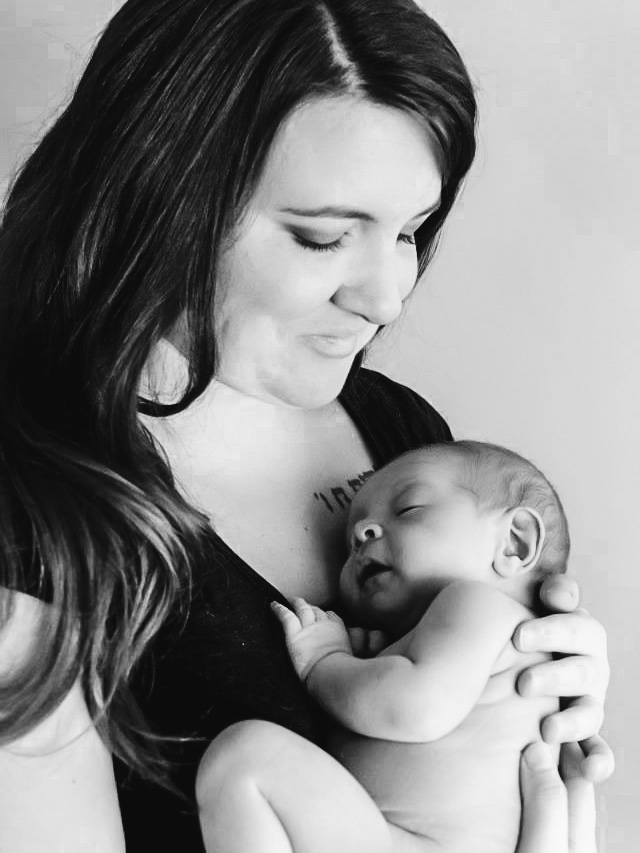 Can you believe it? You did it. You’re a mama. You did what you have been scared of since you were a young girl – you had a baby! I know you feel all of the emotions right now (mainly exhaustion), but I want to write to you to give you a heads up about the parts of Brand New Motherhood that you weren’t aware of. I’m a little over 4 years ahead of you, so trust me on these things. I’m writing this because I love you, and I want you to know you’re not alone. Everything you’re feeling has been felt by millions of women throughout the history of humankind. You ready?

First of all, yes, you will sleep again. Let’s just get that out of the way here and now because I know that’s priority numero uno.

Secondly, because I know you so well, I want to tell you that everything that you’re feeling is normal. You are not going crazy. Your body has just been through trauma – not to mention the hours you were pumped with Pitocin – and you’re functioning on exactly 0 hours of sleep. Your body is in survival mode, so all of the dizziness, weirdness, out-of-it-ness, tears… it’s normal. What’s not normal, though, is the level of anxiety you’re feeling. You know what I’m talking about. Some anxiety is normal, yes, but it would probably benefit you to start therapy and meds sooner, rather than later. Maybe when you notice you’re obsessively checking Google because you think you’re bleeding out or because you think something is wrong with your heart. You know good and well that’s your anxiety going into hyperdrive, so best to nip it in the bud before you get to the point that you can’t leave the couch. Oh, and also? Talk to more people about this. SO MANY WOMEN struggle with Postpartum Anxiety and Postpartum Depression. It’s okay to be open and vulnerable about this. Again, you are anything but alone. You really are going to be okay.

Now, let’s focus on this new baby. Isn’t he amazing? I know you can’t get over his tiny fingernails, and your favorite thing is kissing the top of his head. I also know you’re feeling this nagging guilt because you don’t really feel this instant connection like everyone said you would. You’re wondering if you maybe weren’t meant to be a mother, if God made some sort of mistake and placed this baby with you instead of someone who deserved him. Sure, you feel a fierce protectiveness over this new life, but you can’t help but feel disillusioned as you stare at this miracle who seems like a stranger. Well, he seems like a stranger because he is! You don’t yet know his preferences and quirks. You don’t yet know how much he’s going to love to smile at you or how much you’re going to love the bond that comes with nursing him. You don’t yet know how your heart is going to melt completely when you see him napping with his dad on the couch. Right now it seems like all he does is cry when he’s not sleeping, but remember that he’s getting used to you, too. He just came from the dark, warm world of your womb into a bright, cold new world, and he’s trying to figure it all out. Soon you’ll feel your heart swell in proportion to his growth. The older he gets, the more in love you’ll fall, until you wonder if you ever even existed before you were a mother.

And speaking of being a mother, I want to assure you that yes, you will feel like yourself again soon. Becoming a mother for the first time is a jarring experience, and you’re wondering if it is going to be your only identity from here on out. You can’t help but think about how you used to be so many things – an artist, a student, a wife, a daughter, a free spirit with a love for books and coffee and wine – and you wonder if you’ve sacrificed that person for an all-encompassing new person, a nameless person, a person whose very existence revolves around the wants and needs of this baby. Having an identity crisis during this enormous shift is something that every woman goes through, but you can and will still be a good mother without losing yourself. This stage is overwhelming, but it is short, and it will be gone in the blink of an eye.

And because it’ll be gone in the blink of an eye, people are going to tell you to soak up every moment of it. You’re going to want to throat punch these people, because you literally Googled Can you be so tired you die? at 3am this morning. You think, Sorry, Sharon, the only moments I soak up right now are the precious moments of sleep I get between feedings. You’re going to want to feel guilty about this, but you don’t really have the energy, and that’s okay. It’s okay if the only things you do during this time are keep yourself and the baby alive. No, you won’t remember him being this little, but that’s what cameras are for.

Finally, I know you’re not going to listen to me, but please don’t worry about milestones. He’s going to reach all of them. It takes him a minute to roll over, but it’s just because he has an enormous head. Of course, you know this, because he actually came out of your lady bits. He goes from not saying much to talking your ear off. You’ll hit a little snag around potty training, but he’ll eventually get that, too.

As they say, the days are long but the years are short. He’s 4 now, and oh my goodness you won’t even believe how much you love this little human. He looks so much like his dad (which isn’t fair, but whatever), and has the bluest eyes you’ve ever seen. He loves for you to hold him still, and he is so freaking funny. He consistently makes you laugh, but sometimes makes you cry because he’ll wake up looking older than he did the night before. He never meets a stranger, and brightens up the lives of everyone who knows him. He’s best friends with Erica’s son and already has an arranged marriage with Lindsey’s daughter. (By the way, you don’t know it yet, but Lindsey is pregnant with a girl named Jana.) In a few years you’ll get to see them all play together when Lindsey comes to visit Georgia, and it will be exactly as you envisioned it when y’all were kids.

I know you’re busy with a newborn, so I’ll just leave you with a few tips before I sign off.

Well, Haley, that’s it! I’m so very proud of you and the person you’re becoming. I hope this gave you some insight and some comfort. You are so very loved. Now, he just closed his eyes, so grab a nap while you can! Quick!