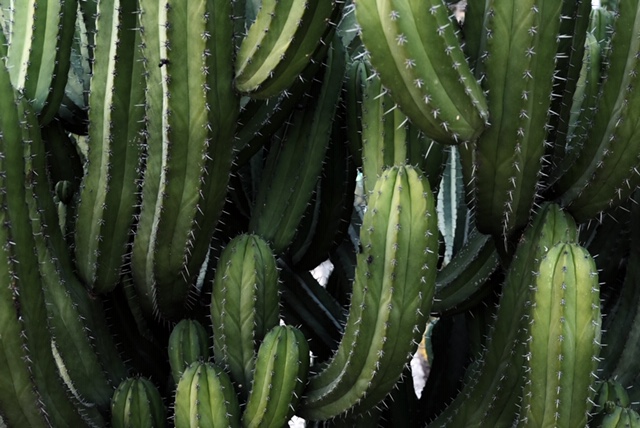 I could not stand when someone would hit me, even playfully, as a kid. I’d always yelp, “Ow! I have sensitive skin!” It ended up being a joke between me my best friend, Lindsey, because, I mean, come on. Who says that? I knew it was ridiculous, but it was true. Lindsey and I played softball together and were never girly-girls, but it genuinely did physically hurt when someone hit me.

When we got older and went to college, Lindsey texted me while taking a psychology course. “Oh my God. We learned today that people with anxiety really are more physically sensitive and can have a lower pain tolerance than people without anxiety. YOU REALLY DO HAVE SENSITIVE SKIN!!!” I was like “BITCH I TOLD YOU!!” We still joke about it, but it was weirdly comforting to know that it wasn’t just in my head.

I also noticed as the years have passed that I’m sensitive in other ways, too – and I mean physically, not just emotionally, though I can cry at the drop of a hat like it’s a special talent.

I noticed when I was about 25 and feeling particularly anxious, sunlight seemed brighter than usual. This sounds weird, but stick with me. I could barely hold my eyes open when outside, even with sunglasses on. I went to the eye doctor because I thought something was wrong with my eyes, but everything checked out normal. Hmm.

I also have a ridiculous sense of smell. I have the nose of a bloodhound. I can smell hints of things, and smell them strongly. Chase loves Glade Plug-Ins, but I usually go right behind him while he’s plugging them in and unplug them. Also, when I drive Chase’s truck, I tend to take his air fresheners and put them in the glove compartment. They are so strong that they irritate the hell out of me. I love candles, but I’ll even have to blow them out on some days because they’re just too much.

Oh, and another thing: I often ride around without any music on. I didn’t think that was strange until someone pointed it out. I do love music, but sometimes it’s almost overwhelming. If I’m not in the mood to listen to music, it can almost be annoying.

This is weird, right? I didn’t know many other people who can relate… until I started asking other anxious folks about it. It wasn’t just me.

I didn’t really link sensory issues to anxiety until I read Sarah Wilson’s book, First We Make the Beast Beautiful, last year. She talks about how even small sensory stimuli – a leaky faucet, perfume, a wobbly chair, etc. – can set her teeth on edge, especially if she’s already feeling anxious.

I have a BS in Social Psychology and a MA in Counseling, yet I don’t recall learning about the connection between sensory issues and anxiety. Why isn’t this talked about more often? We hear about being on edge or jumpy, but sensory issues aren’t really discussed. Or, if it is discussed, it’s connected more to Sensory Processing Disorder or some other type of sensory disorder (with anxiety being secondary) than the sensory issues being caused by anxiety.

There is a kind of chicken-or-the-egg scenario here. Does hypersensitivity to sensory stimuli cause anxiety or does anxiety cause a hypersensitivity to sensory stimuli? I guess it depends on the person. There is also a lot of talk about the Highly Sensitive Person, and how they are more likely to have sensory issues and anxiety, but that’s a blog post for another day.

The more I’ve talked to others with anxiety, the more I’m seeing these sensory issues. It’s like every nerve in our body is cranked up to 11, and we’re just so aware of what’s going on around us. Everything is so much. Fluorescent lighting, people talking too loudly, too much perfume, an uncomfortable shirt tag… anything can derail us – especially if we’re already feeling anxious or raw.

I had to leave my usual coffee shop to finish writing this at home because the guy sitting next to me had on some really strong cologne. I was already feeling a little on edge because of something else entirely unrelated, and this dude’s cologne was choking me. I tried to ignore it, but then I realized how loud the music was in there. And then I noticed the people having a conversation 2 tables over. Truthfully, none of it was probably actually loud, but I couldn’t focus on anything else. I tried to drown it out by putting my headphones in (with nothing playing on them), but then I couldn’t stop thinking about how uncomfortable they were in my ears. Also, has this sports bra always been this itchy? Another person came in and sat on the other side of me, and that was a wrap.

I’m now writing the rest of this at our dining room table with the lights off and no sound but our air conditioner. And it’s glorious.

I guess that’s part of why it can be so frustrating. Every day is different. Something may bother me one day and not bother me the next day. Everything might be too much, and then I’ll be fine. I suppose that’s something I’ll need to keep exploring. This mental health thing is a wild ride. I’m getting to know it (and myself) better every day, but I still have so much left to learn.

If you struggle with anxiety related sensory issues, just know you’re not alone. It can be frustrating, but it makes total sense. When we’re anxious, our brains are trying to warn us that we’re in danger. Usually we aren’t in danger, but that doesn’t stop our bodies from going into “high alert”. Our senses get sharper to protect us. We see better, hear better, smell better, and so on. Our brains also have a hard time processing all of the information coming in, so it can get overwhelmed. Some people have sensory overload and can have panic attacks or totally freeze up. Some people – and this is common in those with autism – have a sensory meltdown, which looks like (and is often mistaken for) a tantrum or outburst.

It helps to know what triggers sensory overload for you. Is it visual? Auditory? Strong smells or uncomfortable clothes? Does loud conversation bother you more than loud music? Do flashing lights bother you more than bright lights? Do sweet smells trigger you more than floral scents? Explore this by being more aware the next time you’re feeling overwhelmed.

If you’re not able to leave the situation (like I was able to today), it can at least help to be aware of what’s going on. Naming it and being able to tell yourself, “I’m okay. My senses are overwhelmed, but I’m safe” can have such a calming effect on your mind. If nothing else, just know that we’re in this together. When everything is too much, and we feel overwhelmed, we can take comfort in knowing we aren’t alone.