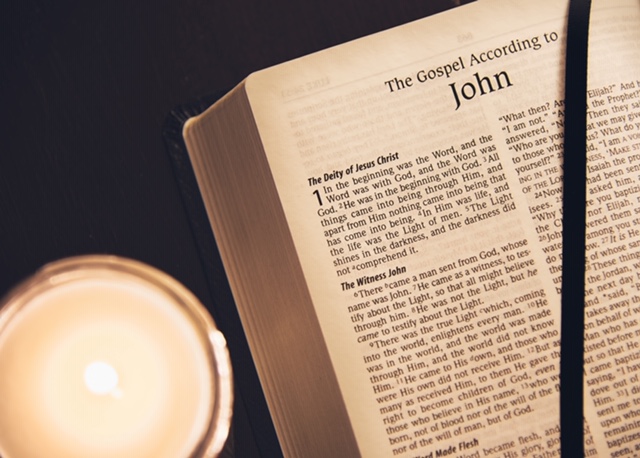 We had to do a study on the Gospel of John a couple of years ago for school, and while I’ve read that particular book a number of times, a certain something came up that I’ve never noticed before, because doesn’t it always? And always at the right time? The Word is living and breathing, unchanging yet never the same.

God talks about being the Good Shepherd throughout the Bible. Psalm 23:2&3 says, “He makes me lie down in green pastures, he leads me beside quiet waters, he restores my soul. He guides me in the paths of righteousness for his name’s sake.” Isaiah 40:11 says, “Like a shepherd He will tend His flock, In His arm He will gather the lambs And carry them in His bosom; He will gently lead the nursing ewes.” Luke 12:32 says, “Do not be afraid, little flock, for your Father has chosen gladly to give you the kingdom.” There are something like 43 verses about God as the Shepherd. I know that thinking of ourselves as sheep in this day is usually a negative thing, but back in biblical times, sheep were valued. Shepherds were gentle nurturers and fierce protectors of their sheep. They cared for and lost their lives for their sheep.

Ok, stay with me. I’ll try to make this somewhat concise, because I feel like I could write an essay on this. In John 10, Jesus himself says that he is the Good Shepherd. In verses 14&15, he says, “I know my sheep and my sheep know me – just as the Father knows me and I know the Father – I lay down my life for the sheep. In verses 25-28, he says, “The miracles I do in my Father’s name speak for me, but you do not believe because you are not my sheep. My sheep LISTEN TO MY VOICE; I know them, and they follow me. I give them eternal life, and they shall never parish; no one can snatch them out of my hand.” In verses 3&4, he says, “He calls his own sheep BY NAME and leads them out. When he has brought out all his own, he goes on ahead of them, and his sheep follow him because THEY KNOW HIS VOICE.”

Ok, so now we go to chapter 20. Jesus has already been crucified on Friday, and it is now Sunday. Mary Magdalene goes to the tomb because she is grieving. She sees the stone rolled away, freaks out, and goes to get Simon Peter and James. Now, I want you to imagine someone you love dearly. Imagine that they were murdered and recently buried. Imagine going to grieve, but finding their grave dug up and nothing there. You call two of the people closest to you to come look. You all stand there in disbelief, wondering who could have taken that person? Who would do that? Many people loved Jesus, but many hated him too. Did someone steal him to desecrate his body? To throw him into a pit? They really had no idea. So now they’re not only grieving his death, but they don’t even have a body to go to for closure. Simon Peter and James go back to their homes for a little while, but Mary stays outside of the tomb crying. Completely at a loss. She has no hope. The person she believed to be God, the person in whom she had put all of her trust, was not only dead but gone. She looks up and sees two people (angels) in the tomb, and they ask her why she is crying. I don’t really know, but the Bible talks about us entertaining angels without knowing it, so I assume that they take the form of normal people. I feel like Mary assumed it was a couple of people coming to pay their respects or appease their curiosity, and they probably weren’t glowing and with wings. I don’t know that, it’s just what I picture, since it doesn’t say anything about Mary fainting. She says that someone has taken her lord away and she doesn’t know where they put him. BUT THEN she turns around, because someone is behind her. That someone is Jesus. “Woman, why are you crying? Who is it you are looking for?” She does not recognize Jesus. Is it because his appearance has changed? I think so. It could also be just the immense grief Mary is feeling, but I feel like Jesus looks different. Mary thinks it’s the gardener (fitting, since the Garden of Eden is where we first find God on Earth. Isn’t it cool how he always brings things full circle?) and begs him to tell her where Jesus is, if he knows, so she can go get his body. Ok, here is where I get chills.

Jesus said to her, “Mary.” At the sound of God on Earth saying her name, she immediately knows it’s Jesus. She completely loses it. Wouldn’t you? “He calls his own sheep by name and leads them out. When he has brought out all his own, he goes on ahead of them, and his sheep follow him because they know his voice.” We see God everywhere, but he ALWAYS shows up when we think we’ve lost all hope. We see him everywhere, but we don’t know it’s him, unless we are listening. Be still and know. Be still and listen for his voice saying your name. You’re in the palm of his hand, and he is guiding you. No one can snatch you out of his hand. When it is Friday, or Saturday, or even Sunday when the miracle has happened but you don’t know it yet, he is always there and will always call you by name. He never leaves or forsakes his sheep.