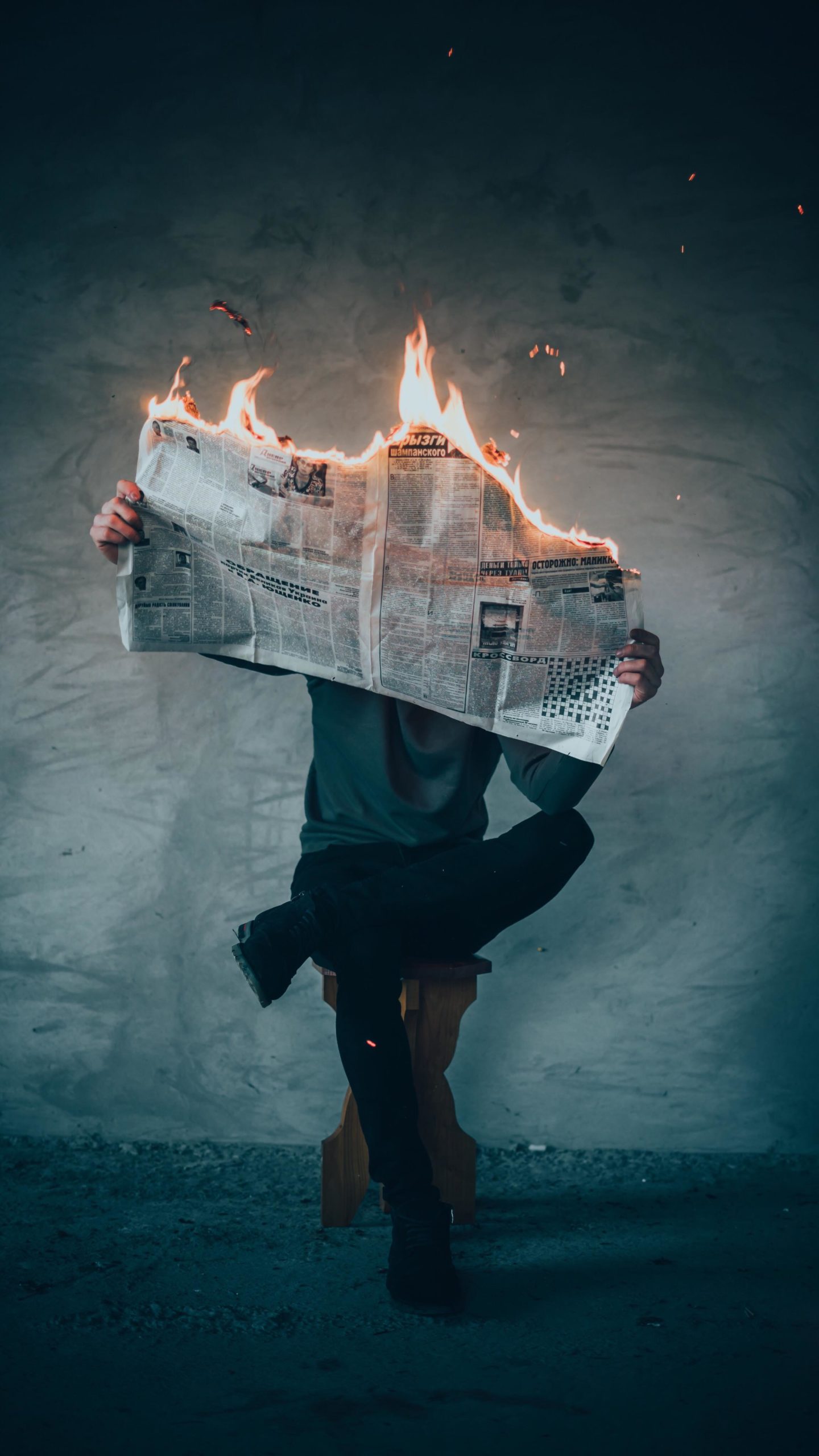 I don’t think I’m the first one to notice that social media can dictate my mood. I can be in a crappy mood and open up social media and see a funny video or a kind message or a high quality meme and BAM! instant good mood. OR – and probably more often – I’ll be in a pretty good mood and open up social media and get punched in the face by a heartbreaking article or a divisive post or a hateful comment and instantly spiral into a less-than-stellar mood. I’ll go on about my day for about 30 minutes and realize I have a knot in my stomach but be unable to pinpoint exactly why it’s there until I do a little self-evaluation and realize that it started by something I read on Facebook.

Now, I feel like a lot of people who have self-discipline and motivation (aka my husband) would just delete social media altogether. That’s Chase. Social media affecting him in a negative way lately? Delete. I, on the other hand, will do it for a few hours, and then I’ll download it again because I own a business that operates off ticket sales on Facebook. Or because I need to post a blog. Or because I am bored. The need for social media and the effect it has on our mental health, however, is not what I am going to tackle today.

I noticed a couple of days ago that the main things that bring me down while on social media are news outlets, the articles they post, and the comments that go along with them. I realized that they mainly serve as a divisive agent in a world that is absolutely drowning in information. Due to confirmation bias, we hardly ever search for news as a means of information; instead, we search for news as a means of confirming our own political beliefs. It’s all politics, am I right? 15 years ago the internet was for sharing photos and connecting with friends and family and looking at videos of cats. Now it’s about finding which article or meme supports how much you love or hate the president.

And I encourage you to do it with me. Here’s why.

The world isn’t split into Democrats and Republicans.

I’m borrowing this philosophy from the great Sirius Black, who said, “Besides, the world isn’t split into Democrats and Republicans. We’ve all got both light and dark inside us. What matters is the part we choose to act on. That’s who we really are.” Or something like that. I may have gotten a couple of words mixed up. But for real, everything on every news platform is so incredibly divided. Someone will post a picture of a baby and someone else will comment “that baby would be dead if it were left to the democrats.” And someone else will post a picture of a taco and someone else will comment “we can say goodbye to these if Trump builds that wall.” Politics have become so visible and so a part of our identity. And it is DUMB.

99.9% of Democrats do not want someone to have a late term abortion just like 99.9% of Republicans do not want Mexican children to be ripped from the arms of their mothers. Most people are good, which you’ll find once you log off of social media and go pursue relationships. No matter which political party you claim, can’t we just all agree that we want what is best for our family and our country? Moving on.

Nothing is black and white.

There are two sides to everything. There is a whole lotta gray that we’re missing out on by taking news outlets as the gospel. There are very few news outlets that are wholly unbiased, and even the ones who are have commenters who are not. If you can read an article – and I mean an entire article, not just the title – without reading the comments under it, I commend you. I try my best not to, but some weird gust of wind always blows me to the comment section under an article and I always get angry at some asshole who I think is an idiot. ALWAYS. Without fail. And yet I still do it. Anyway. Very few mainstream news outlets are unbiased, which means we are not getting the whole story anyway. And the more I think about it, half truths are sometimes more dangerous than a straight-up lie. And how can we truly know what is true and what is a spin on the truth to create outrage?

Something happened a couple of weeks ago that shifted my thinking. I saw a news article that was, of course, very biased. But it confirmed my own beliefs, so I made my own post about it. I was so high off of the drug of righteousness that I didn’t consider any other viewpoints or any other sides of the story. Until someone – without emotional bias or snark – shut my shit down. At first I was indignant. Who does this motherfucker think he is? But the more I thought about it, the more I realized… he was right. I jumped to conclusions and “got high off the crack pipe of outrage”, as Elizabeth Gilbert says, without actually looking into what I was so mad about with a nonjudgmental, academic eye.

I realized that I had become too confident in my own political believes. I knew I was right and everyone with opposing viewpoints was wrong, and I was feeling pretty damn smug about it. And this thinking, ladies and gentlemen, is a BIG FAT RED FLAG. Whether we are talking about politics or philosophy or religion or relationship or basically any subject at all, when we get to a point where we thing we know it all, we need to step the fuck back. Any time we think that we have reached the pinnacle of learning, we need to reevaluate. That is the point where we stagnate and die. That is the point where we no longer respect the subject on which we are studying become the god of the subject. And that is dangerous. Which brings me to my next point.

I am not a political science expert.

I have never been interested in politics. Ever. And while I obviously care what happens to our country, I am not going to take the time and effort to research every single topic that sits wrong with me. If I did, I would be 500 pounds, jobless, and sitting on my couch covered in Cheeto dust and tears. THANK GOD that there are good, honest people of integrity out there who do love politics and love to be informed on every angle regarding what is going on. But that is not me. Will I continue to vote/call my congressman/read up on issues after the 30 days is over? Yes, but I might do so off of social media, so I won’t feel tempted to be swayed by people in the comment section. And I’ll do it of my own accord and not because I’m scrolling and get attacked by ABC News telling me that so-and-so got fired and this bill passed and that person got arrested. And when these things do happen?

The world will not end because I take my eyes off of it for a second.

I think this aspect of it is very important, because one of the reasons I follow news on social media is because I have anxiety and don’t want anything to sneak up on me. I operate under the false illusion that I can keep the ship afloat by sheer willpower as long as I know what’s going on. And that is just not the truth. What is true, though, is that I am the captain of my own ship. I can decide how to adjust my sails when I go through troubled waters. I can decide to take a 30 day break from the constant Category 5 of politics and dock in a peaceful port.

I’m having to intentionally ignore my inner critic who is trying to tell me why this is a bad idea.

You’re sticking your head in the sand.

You’re going to be ignorant.

Blah blah blah. The world is not going to fly off of its axis because I snooze new outlets for 30 days.

And it won’t if you do, either. I encourage you to go through your news feed on Facebook and snooze any news outlet or any page that posts a lot of politically charged posts. You can actually choose the Snooze for 30 days option, that way Facebook will keep up with it for you. Unfollow the news outlets on Instagram and Twitter or whatever social media platform you use. See if it doesn’t change your outlook on others, the world, and life in general. It will still be there after 30 days. The world is not going to change, but you might. 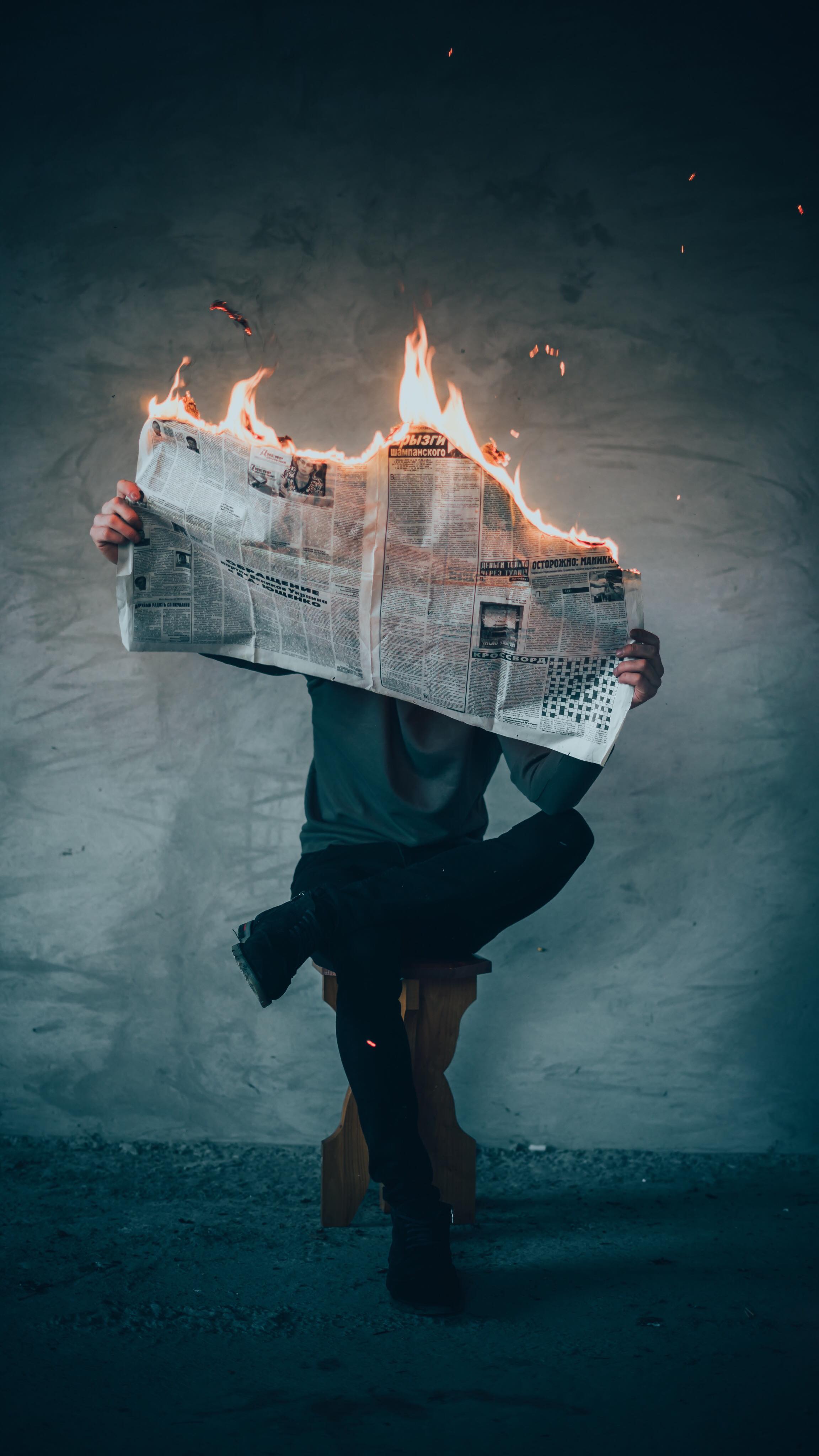 You have reacted on "WHY I’M DOING A 30 DAY NEWS DETOX (AND YO..." A few seconds ago
NEWS politics social media