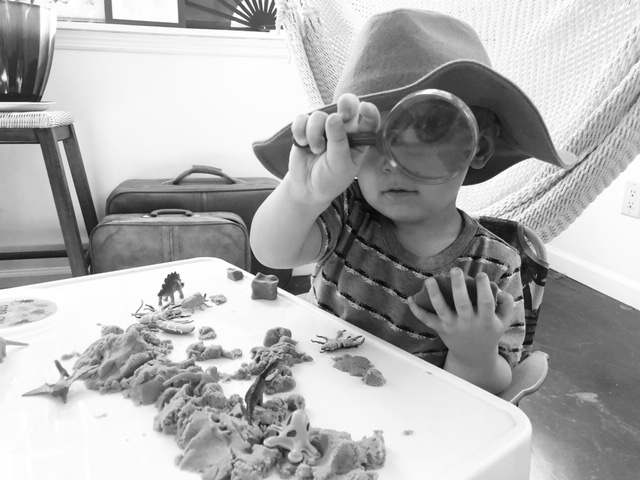 We’ve recently been having a lot of trouble with Law’s daycare. Probably for the last 6 months or so. At first it was just little things here and there that I noticed – Law clinging to my leg, crying, not wanting to go to “school”. Law getting notes home saying that he was “uncooperative”. Getting stopped by Law’s teacher when I would go to pick him up to be told “he will not sit and listen” with an eye roll. Law being scared to get out of the car. Walking in on his teacher talking to another teacher, saying “These kids are bad. They’re the worst kids I’ve ever had. And their parents just don’t care.”

We should have pulled him long ago, but every time we almost withdrew him, things were promised to get better. The kid who Law followed around and imitated was moving to a different daycare, or a new director was coming to the school, or Law was being moved to a different classroom. Only things didn’t get better. They’ve gotten worse. We get call after call after call about Law “not listening” or “not cooperating”. We have gotten called the past 3 days in a row. We’ve disciplined Law to the best of our ability, but here’s the thing: he doesn’t do these things at home. And I hate to even say that, because I’m a Child & Adolescent Therapist and I work with kids with behavioral issues every day. I’ve heard all the excuses. But I’m here to tell you that the child that these teachers and the director describe to me does not exist at our house. Is Law stubborn at times? Sure. Does he have to be redirected? Many, many times a day. Is he an asshole sometimes? Debatable (…yes). But does he just refuse to listen? No. Does he get up out of time out when we put him there? No. Does he run away from us when we tell him to do something? No.

So where is the rub? What’s the difference between home and school that produces such different behavior in a child? I truly, truly think that it’s how Law is viewed. At school, he’s the “bad kid”. At home, he is loved unconditionally and relentlessly. At school, Law is fussed at. Constantly. At home, he is firmly redirected and told why he isn’t allowed to stick his fingers in an electrical outlet. Not just told “NO” with a finger point and an eyeroll. At school, Law is expected to sit down and be quiet often during the day. At home, he is expected to sit at the table, but we encourage him to run around outside and to play. That’s how he learns. That’s how his brain grows. How we view our children, what we speak over our children…. I’m telling y’all that they listen. Even at 3 years old, he knows. He acts different around adults who love him than adults who tolerate him. He can sense tension and the annoyance just as well as he can sense love and compassion. Studies have proven this over and over.

So why does he act so different at this daycare?

They see my 3-year-old son as:

They see my son as a troublemaker. A behavior problem. A pain in their ass.

What they don’t see is:

But most of all, I regret that they’ll never see the amazing, smart, caring, and kind soul that he is. I’m disappointed that they’ll never know how easily he’s redirected and how mild-mannered he is when he’s in a place where he knows that he is loved, cherished, and seen as a real person with real feelings. They’ll never want the best for him as a human being and not what’s best for them as a nice, orderly daycare center. They’ve already labeled him as a bad kid, so we’re going somewhere that doesn’t measure the worth of a child by their ability to sit down and shut up.

When a flower doesn’t bloom, you fix the environment in which it grows, not the flower.
– Alexander Den Meijer